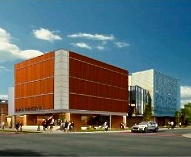 Buck Hall, 219 North Third Street, is the home of the Weiss Theater, where the Theater Department presents major productions during the academic year.

Lafayette’s Theater Department embarks upon its sixth season in the Weiss Theater in 2021-22. Situated at the foot of College Hill and the gateway to historic downtown Easton, the Department is housed in Buck Hall, at 219 North Third Street, and has classroom space, faculty offices, and a Studio Theater across the street at 248 North Third Street. Buck Hall, which opened in September 2016, is a comprehensive, state-of-the-art facility with a flexible black box theater, costume and scene shops, dressing rooms, and fully equipped, computerized lighting, video. and sound systems. Sitting atop fourteen foot pylons, Buck Hall is an engineering marvel in itself; along with parking underneath the building, Buck Hall has been designed with a protected outdoor space adjacent to the Ahart Family Plaza for live performances, concerts, and social events. The inviting lobby of Buck Hall is home to small performances and lectures throughout the year. The Landis Cinema, also housed in Buck Hall, presents films most evenings, and during 2021-22 will present the Royal National Theatre Live for campus and community audiences. In addition to the Williams Visual Arts Building on the arts campus, students and faculty have access to the Williams Center for the Arts on Lafayette’s main campus, which includes a 400-seat proscenium theater, art gallery, and sound design studio. 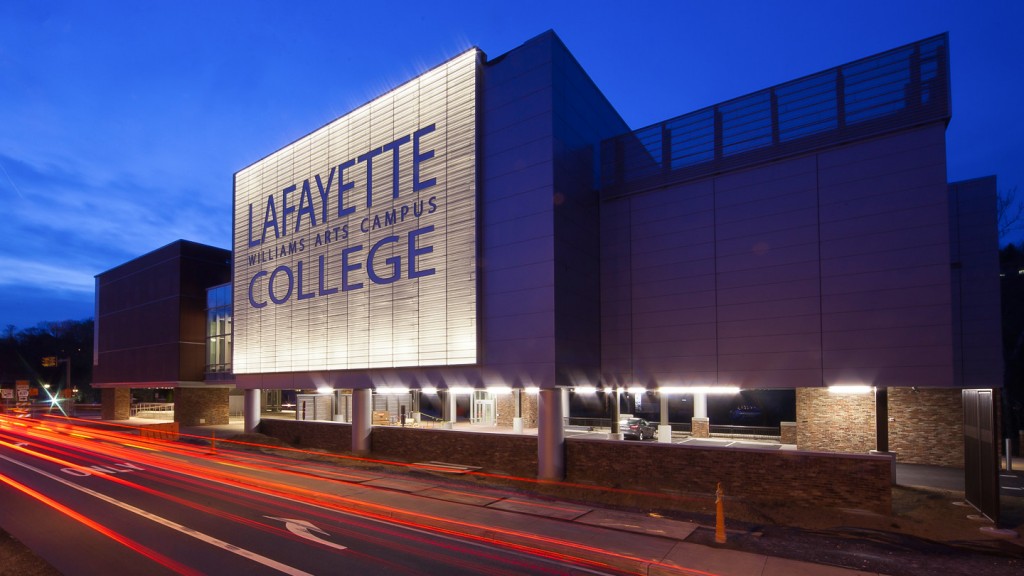 These theater spaces serve as laboratories, where you can experiment in ideas and techniques. In consultation with students and colleagues across campus, the theater faculty selects a range of productions each season—classics from both western and non-western traditions, musicals, works of social criticism, avant-garde pieces, and bold new works. This broad range of material exposes you to a variety of styles and enriches the cultural life of your campus and community.